Will You Be My Eggplant?

Exactly 100 years ago, an alien mind inside an unusual man opened the eyes of humanity and forever changed the way we see the universe. His name has become synonymous with Time and Relativity and Space, yet his face has appeared to the world in many different forms.

No, I’m not talking about The Doctor. At least not the one from Gallifrey.

Much like the Tenth and Eleventh Doctors, though, Doctor Einstein was also a hipster icon of his day. He may not have worn Chucks with a suit or made bow ties and the fez cool, but he did rock a thrift-shop wardrobe, some seriously crazy hair, and a retro bicycle as his regular ride.

Einstein was at times a frustrated genius, burdened – like the first few Doctors – by the inability of mere mortals to keep up with his intellect. He could also be patient and calm, like the Seventh Doctor, or grumpy like the Twelfth, and occasionally scare the shit out of people, much as the Fourth Doctor traumatized my childhood (no thanks to my older brother’s TV habits).

Like the Ninth Doctor (and the uncounted incarnation before him), Einstein was often a man reeling from and railing against war. But he also never lost his sense of whimsy – his inner Sixth Doctor – or (for some of us weirdos) his romantic appeal, like the Eighth.

Doctor Einstein saw and solved problems no one on this planet even conceived of, by keeping his mind open and letting his imagination lead the way. He quite often failed on the way to success, and knew that sometimes it is best to blow things up in order to put them back together much stronger. And 100 years ago, over the four Thursdays in November, 1915, he presented to the world his theory of General Relativity – quite literally creating the fabric of space-time with his mind.

I like to think of Einstein as the Zero-th Doctor – because any mathematician knows that counting really starts at zero, not one.

So today, as we celebrate family and friends, eat delicious meals, and give thanks for all that we have in this universe, spare a thought for the wonders of science. For the spaces we gather to share food, the gravitational pull that draws us together, and the time that slows down when life is really good.

And give thanks for Doctor Einstein, who opened our eyes to it all 100 years ago today. He is truly the original Time Lord. 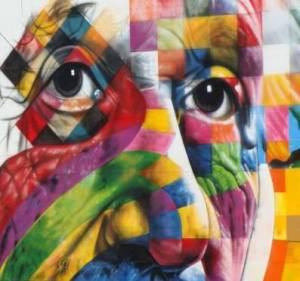 Time is a flat circle. No, wait; Time is an increasingly desperate “news” magazine. Time is an herb to the blind and spelling-impaired?

Time is all of these things, and also none of them, for time – like color and popularity – is merely a product of our own perception.

We know this because 110 years ago a bored 26-year-old patent clerk started daydreaming and ended up having the best year of his – or of anybody’s – life. It’s a good thing there weren’t more people inventing things in Bern around 1905.

Exactly 110 years ago this month, that bored patent clerk – who was still bored even after publishing a paper in March that would become the foundation for quantum physics and another in early May about Brownian motion – started thinking about Galileo and Newton, and how the motion of objects is relative to the motion of an observer. He then asked a question no one else ever had: What about light?

That got him daydreaming about speeding trains, and the universe was changed forever. Literally.

[What is it with men and their fascination with vehicles? Galileo and Newton determined relative motion by thinking about boats (while a man walking on a ship’s deck may travel 10 meters in 10 second from his own perspective, he travels much farther to a person on shore also watching the ship sail by), and Einstein used trains to show that a beam of light bouncing from floor to ceiling travels one distance to an observer on the train but a longer distance to an observer watching the train from a hill. Boys and cars, man. It’s genetic.]

By the end of June, 1905, Albert Einstein had published his Special Theory of Relativity, which stated that if light truly does always move at a constant rate (which experiments had shown but scientists had been reluctant to accept), then time must be just as relative to the observer as distance and motion and acceptable fashion standards (shoulder pads, anyone?).

Suddenly, a clock was nothing more than a series of countable moments; a second merely an agreed-upon unit that only stays consistent so long as we remain still relative to the time piece. As soon as we accelerate that clock out the window, those seconds get longer. So…time doesn’t fly as it flies.

Our bodies already know this; the heart is a clock, beating out a series of countable events, and the faster we move the slower time progresses. Stay active, stay young.

Before 1905 played out, Einstein managed to blow minds open one more time by proving that mass and energy are on the same spectrum (or, as it is more commonly known, that energy (E) equals mass (m) times the speed of light (c) squared). This equation gave us the power (nuclear power) and Einstein the ability to reach his most influential deduction of all – which, given his work thus far, is certainly saying something.

If light is energy, he thought, (paper one) and energy has mass (paper four), then light has mass and should be affected by gravity (it is – eventually, in 1919, a solar eclipse allowed experimenters to prove that light does indeed bend its path when traveling past a large body such as the sun). And if the path of light is bent by gravity, Einstein continued, then so must time be affected (paper three).

It took a decade to work out the math, but 100 years ago this November Albert Einstein was able to present his General Theory of Relativity, which tied the fourth dimension (time) to the three we already knew so well (space) to introduce the idea of Space-Time as the fabric of our universe. A fabric that, like a fabric should, gives and curves around heavier objects. The larger a mass, the more it tells both space and time to “get bent”. That’s gravity.

So if time, like light and space and anything else with mass, is affected by gravity, it makes sense that time itself has mass. Finally! That explains the Sunday evening doldrums, when the weight of the weekend that hangs behind us requires a Herculean effort of will to drag into Monday morning.

It also explains why, as I try to fall asleep some nights, I can physically feel those ounces of time passing through me – from future, to present, to past – adding their weight to the ever-increasing mass of time that lies behind. One. Heartbeat. At. A time. How much farther must I carry that weight toward the unknown destination in my future? Can I keep moving forward as it keeps getting heavier every day? At what point will it weigh too much and drag me to a complete standstill – or backwards?

On these nights, I find it comforting to remember E=mc2 and the fact that the accumulating mass of my past also increases its potential energy. The longer it takes me to get…wherever, the brighter I can burn when I do.

Other times, I just roll over and find a fuzzy cat ass in my face. A cat ass in the face is pretty much the best life has to offer anyway, so what’s my hurry?